Rozeta is a program that plots rose diagrams.

Rozeta is a program that plots rose diagrams.

Rose diagrams are often used in structural geology, geography and other sciences.

More information in English and Polish. 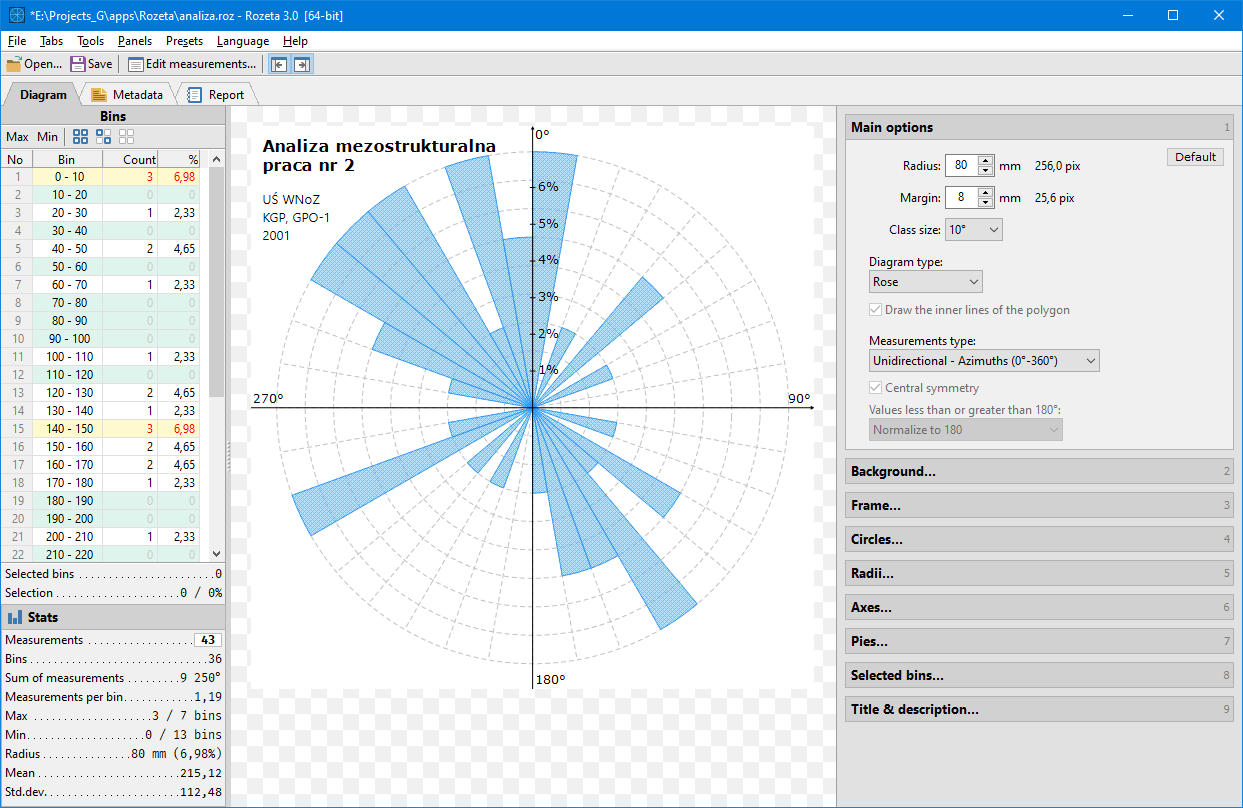 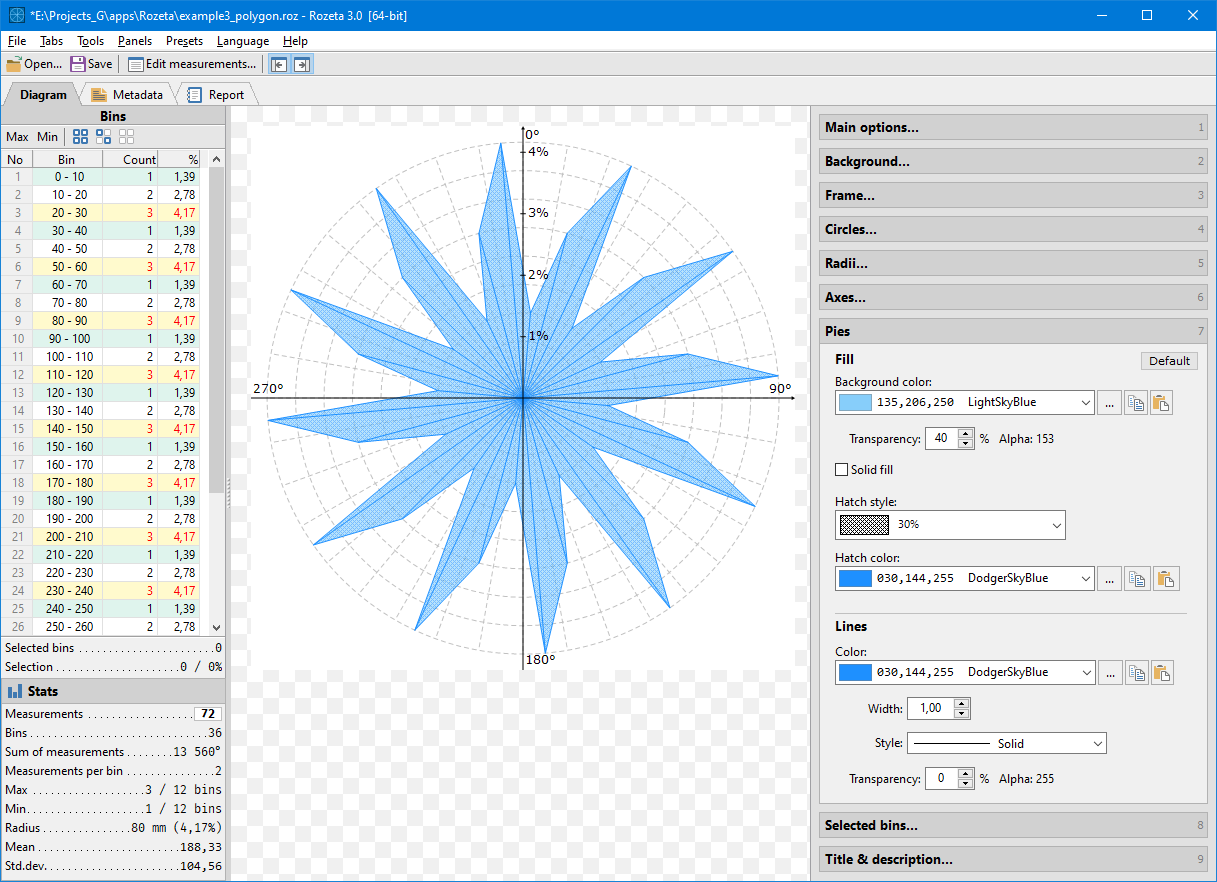 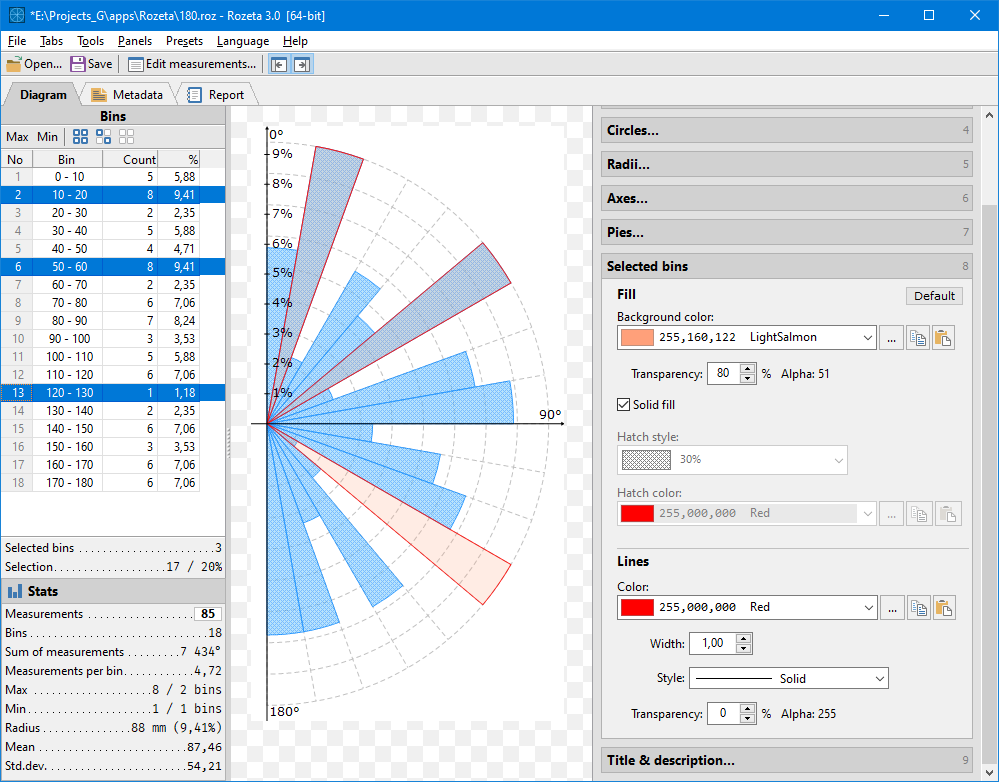 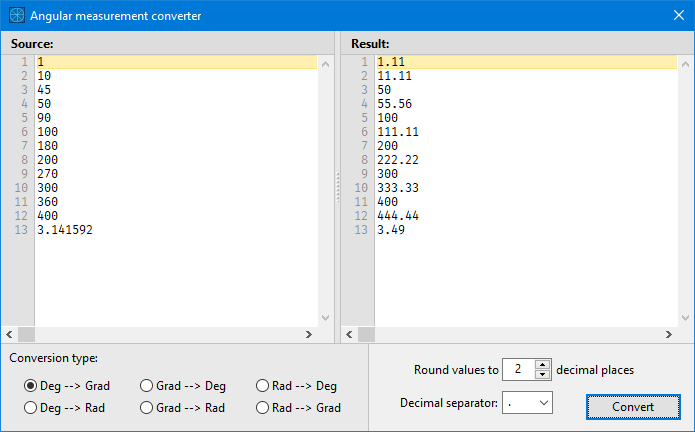 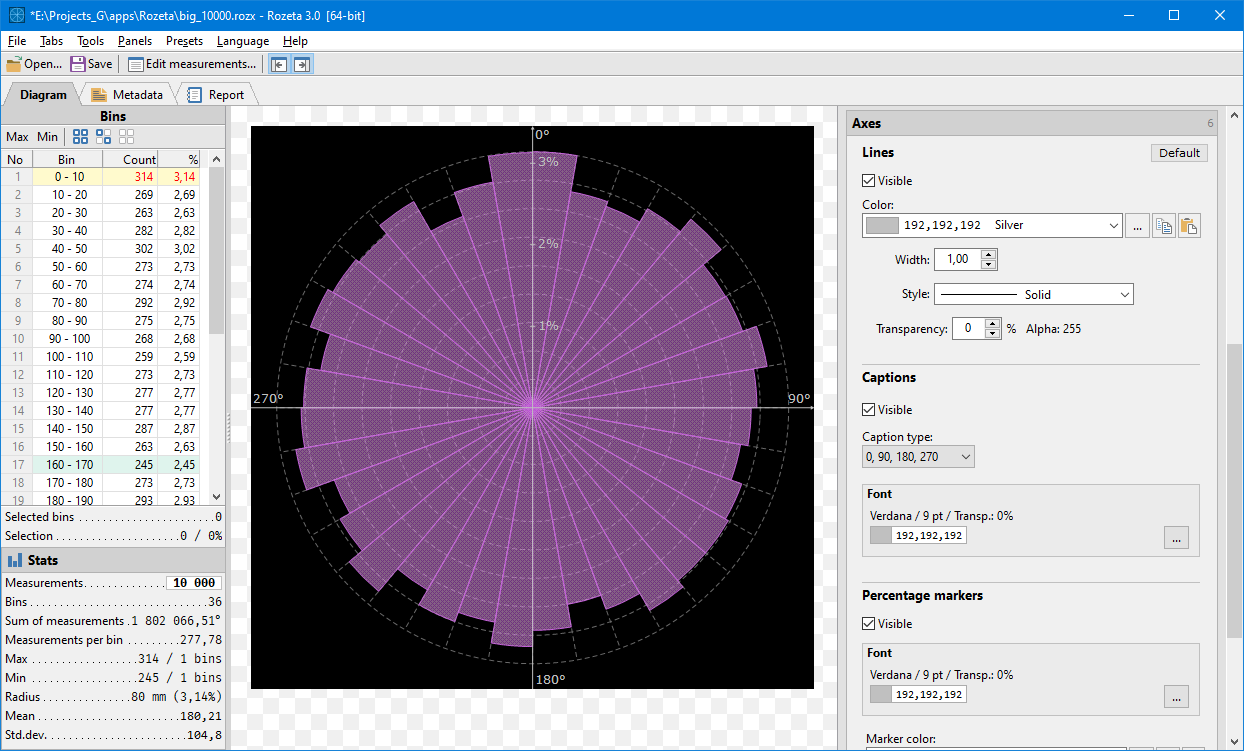 I wrote the first version of the program in 2001, when I was studying geology.
When I was once again given the task of drawing a rose diagram, I decided to write a program for drawing such diagrams based on the measurements stored in a text file. To write the program I used the Borland Delphi 5 development environment. I never made the program available (I didn't even have a permanent internet connection at the time). The program was used only by a small group of my friends who used it, among others, when writing their master's theses.

I released the second version in 2003 (Polish version) and 2004 (English).
The program already had a bit more options and was available on my website. Unfortunately, it contained a few bugs that made it almost impossible to use in newer versions of Windows, so after a few years I removed it from my site.

While browsing the source codes of my old programs, I came across the Rozeta and decided to write another version, the 3rd.
Initially, I wanted to expand version 2.0, but I wanted the program to be open source and use only free development tools, so I wrote Rozeta completely from scratch in the Lazarus environment.

Why did I name the program Rozeta?
Rozeta is a common name for a rose diagram used by geology students in Poland (at least 21 years ago).

Rozeta application is distributed in the form of archive and does not require any special uninstall process. To uninstall it, just delete files previously extracted from the archive.

This program is completely free. You can use it without any restrictions, also for commercial purposes.